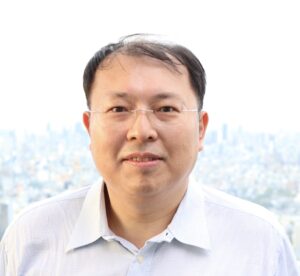 Herming Chiueh (Member, IEEE) received the B.S. degree in electrophysics from National Chiao Tung University, Hsinchu, Taiwan, in 1992, and the M.S. and Ph.D. degrees in electrical engineering from the University of Southern California, Los Angeles, CA, USA, in 1995 and 2002, respectively. From 1996 to 2002, he was with the Information Sciences Institute, University of Southern California, Marina del Rey, CA. He is currently an Associate

Professor with the Department of Electrical and Computer Engineering, National Yang Ming Chiao Tung University. His research interests include system-on-chip design methodology, low-power integrated circuits, neural interface circuits, and biomimetic systems. Dr. Chiueh is a member of the Technical Committees on Biomedical and Life Science Circuits and Systems and Nanoelectronics and Gigascale of the IEEE Circuits and Systems Society. He was a co-recipient of the ISSCC 2013 Distinguished-Technical Paper Award to recognize his research in “closed-loop neural-prosthetic SoC.” He has served as the Demonstrations Chair of the 2012 IEEE Biomedical Circuits and Systems (BioCAS) Conference, the Conference Secretariat of the 2007 IEEE SOC Conference, and the Finance Chair of the 2007 IEEE International Workshop on Memory Technology, Design and Testing. He also serves as the Chief Talents and Information Officer of the Asia Silicon Valley Development Agency (ASVDA Program) under the National Development Council, Taiwan. He has served as the Education Affairs Officer of the IEEE Circuits and Systems Society, Taipei Chapter, in 2011.

Wearable and implantable Circuits and Systems for real-time Seizure Detections, Seizure Predictions, and closed-loop methods for seizure suppression in epilepsy

Epilepsy is one of the most common neurological disorder. About 65 million people in the world are affected. Traditional treatments includes antiepileptic drugs or using resection surgery to remove the epileptogenic zone. Many patients still suffer seizures occasionally with above treatments. In recent years, alternative treatments and devices are proposed to investigate and treat epilepsy in addition to pharmacological and surgical treatments. Several prosthesis devices with deep brain stimulation (DBS) or vagus nerve stimulation are becoming popular treatments for epilepsy clients. In this tutorial, real-time methods for seizure detections, seizure predictions and many closed-loop method for seizure suppression in epilepsy will be reviewed and discussed. This tutorial will further focused on above methods that have been verified in circuits and systems that has silicon fabricated or system prototypes for either wearable and implantable devices. 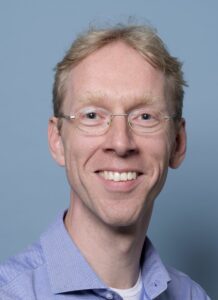 Michiel Pertijs received the M.Sc. and Ph.D. degrees in electrical engineering (both cum laude) from Delft University of Technology, Delft, The Netherlands, in 2000 and 2005, respectively. From 2005 to 2008, he was with National Semiconductor, Delft, where he designed precision operational amplifiers and instrumentation amplifiers. From 2008 to 2009, he was a Senior Researcher with imec / Holst Centre, Eindhoven, The Netherlands. In 2009, he joined the Electronic Instrumentation Laboratory of Delft University of Technology, where he is now an Associate Professor. He heads a research group focusing on integrated circuits for medical ultrasound. He has authored or co-authored two books, four book chapters, 15 patents, and over 120 technical papers.

Ultrasound imaging is a safe and cost-effective technique for the diagnosis of a wide variety of medical conditions, and for the guidance of treatment. Today, the vast majority of ultrasound scans is made by a trained healthcare professional operating a hand-held probe connected to an imaging system. However, a next generation of smaller and “smarter” ultrasound imaging devices is emerging. Examples include catheters that provide real-time 3D imaging to guide minimally-invasive interventions, and wearable ultrasound devices used by the patient at home for new monitoring and diagnostic applications. Innovations in circuits and systems play an crucial role in realizing these next-generation ultrasound imaging devices, and will be the focus of this tutorial.

The tutorial will start by reviewing of the basics of ultrasound imaging and the architecture of conventional imaging systems. We will highlight the significant changes in system architecture needed to move towards miniatured and wearable 3D imaging devices. Close integration of transducers and integrated circuits is an important enabler for this. Front-end electronics integrated close to the transducer elements can provide local high-voltage pulsing, echo-signal amplification, channel-count reduction, and digitization, paving the way towards probes with fully-digital interfaces that no longer rely on wired connections to an imaging system. The tutorial will illustrate the potential of in-probe electronics by means of examples of state-of-the-art designs featuring transducer-on-CMOS integration and pitch-matched circuits for high-voltage pulsing, beamforming and digitization. 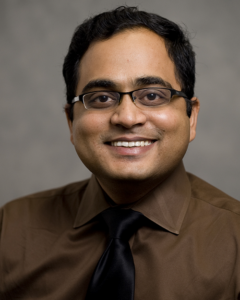 Sameer Sonkusale is currently a Professor of Electrical and Computer Engineering at Tufts University with a joint appointment in the department of Biomedical Engineering and also Chemical and Biological Engineering. For 2011-2012 and again in 2018-2019, He held a visiting appointment at the Brigham and Women’s Hospital, Harvard Medical School and the Wyss Institute at Harvard University. At Tufts University, Dr. Sonkusale directs an interdisciplinary research group Nano Lab with research focus on flexible bioelectronics, biomedical devices circuits and systems, micro- and nano-fabrication, and point of care diagnostics.

Dr. Sonkusale received his MS and PhD in Electrical Engineering from the University of Pennsylvania. He has received several awards including the National Science Foundation CAREER award in 2010. He is an alumnus of the National Academy of Engineering US Frontiers of Engineering in 2015, and the National Academy of Sciences Arab-America Frontiers in 2014 and 2016. He received the best paper award, and highly cited paper award from the journal Microsystems and Nanoengineering in 2020. Dr. Sonkusale is or has been on the editorial boards of Scientific Reports (Nature), IEEE Transactions on Biomedical

This tutorial will explore the new realm of using threads and textile as an ultimate platform for flexible and stretchable bioelectronics. Threads offer unique advantages of universal availability, low cost, material diversity and simple textile-based processing. Interestingly, threads also provide an ideal platform for passive microfluidic sampling and delivery of analytes. In this talk, I will report reel-to-reel fabrication of functional smart threads for variety of sensing and electronics application. I will report on nanomaterial-infused smart threads for sensing strain and temperature. Nano-infused threads will be presented for sensing pH, glucose, lactate, ammonium and other chemical and biological biomarkers directly in biological fluids such as sweat or wound exudate. Beyond sensing and microfluidics, I will present recent progress on making super-thin transistors and electronics directly on thread and textile substrates. This new toolkit of highly flexible thread-based microfluidics, sensors, transistors and electronics makes it possible to realize wearable and implantable sensor platforms for health monitoring and treatment. The tutorial will showcase multiple applications for thread-based flexible biolectronics, such as wearable sweat sensing patches for monitoring metabolic health, smart bandages for treatment of chronic wounds, and smart sutures for detection and treatment of surgical infections. Tutorial will provide a roadmap for this emerging field and relevance to the BioCAS scientific community. 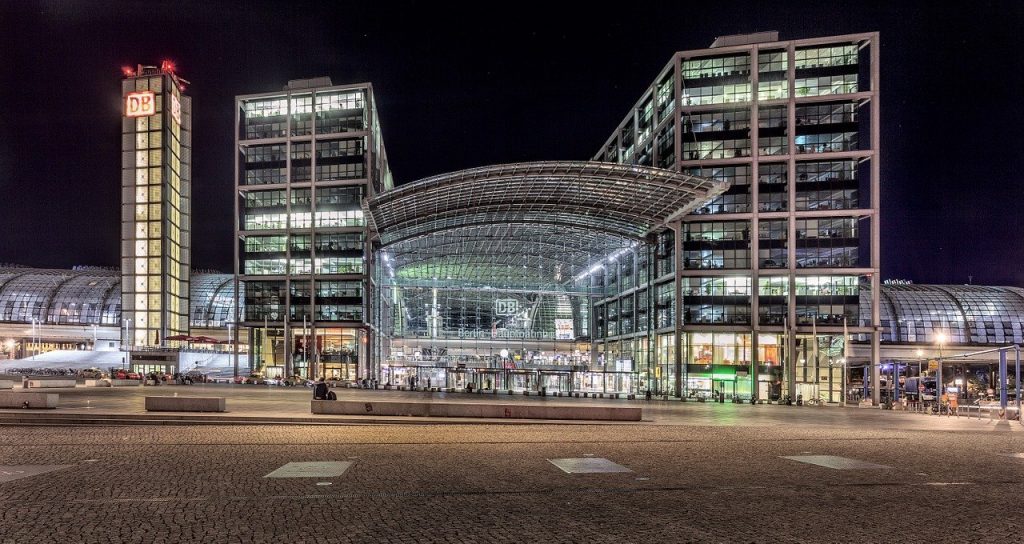 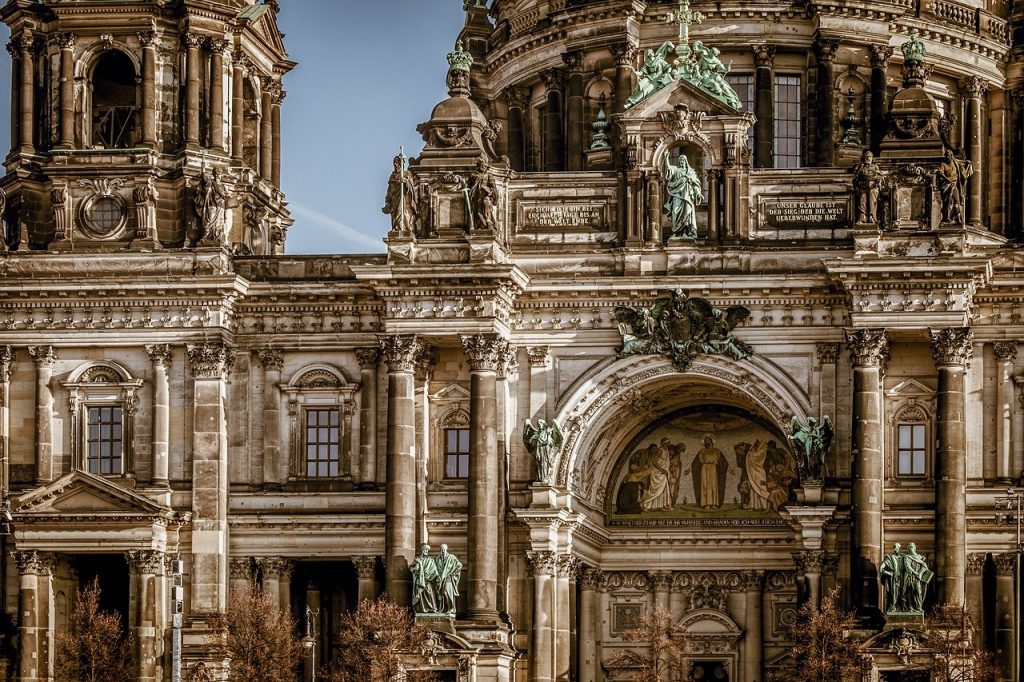 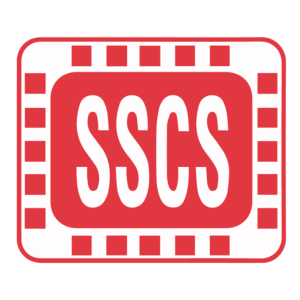 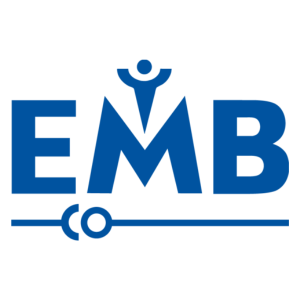 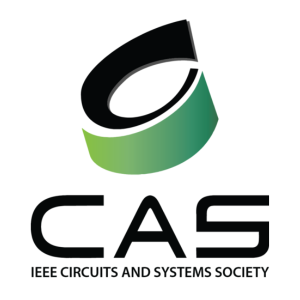 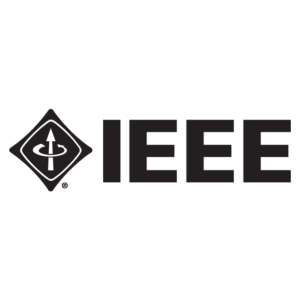 © Copyright 2021 IEEE – All rights reserved. Use of this website signifies your agreement to the IEEE Terms and Conditions.
A not-for-profit organization, IEEE is the world’s largest technical professional organization dedicated to advancing technology for the benefit of humanity.

This site is created, maintained, and managed by Conference Catalysts, LLC. Please feel free to contact us for any assistance.